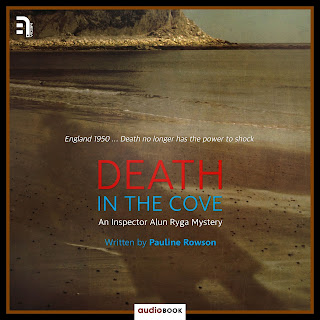 The first novel in the series, DEATH IN THE COVE, featuring Scotland Yard detective Inspector Alun Ryga, will be published in September 2019. Rowson’s crime novels have been described as; "Gripping, full of twists and turns, multi-layered, and compelling."

DEATH IN THE COVE is set in 1950s England, a country still struggling to come to terms with peace in the grip of austerity and rationing. Recently promoted to Inspector at Scotland Yard, the former Merchant Navy seaman and German prisoner-of-war is despatched to the Island of Portland in Dorset to solve an unusual and baffling case.

Pauline Rowson says, "The 1950s is a fascinating period where memories of the war are very strong, and the fear of more world conflicts haunt people. Policing in the 1950s was vastly different to today, no mobile phones, no dashing about and no computers. Scotland Yard were frequently called in to investigate murder cases around the UK and I chose to create a detective with an understanding of the sea gained during his time in the Merchant Navy, and an insight into human nature for both good and evil as witnessed during his days of incarceration in a German prisoner-of-war camp, making him unique in his approach to solving coastal based crimes. I hope readers will enjoy investigating the baffling crimes with Inspector Ryga.”

B7 Media is a multi-award-winning audio producer and publisher known for its acclaimed BBC Radio 4 dramatisations of Isaac Asimov’s I Robot, Ray Bradbury’s The Martian Chronicles and most recently Dan Dare: The Audio Adventures. B7 launched their debut audiobook range in January 2019 with titles including Sam Meekings’ The Afterlives of Doctor Gachet, Stephanie Bull’s The Shape of Veronica and Chris Jackson’s Roger Federer: Portrait of an Artist. Upcoming titles include Comic Book Babylon, Tim Pilcher’s kiss-and-tell about the British comic book industry of the 90s, John Altman’s (best known as EastEnders Nasty Nick) searingly honest biography In the Nick of Time and world-renowned vocal coach CeCe Sammy’s If You Can Speak, You Can Sing.

DEATH IN THE COVE

Recently promoted to Inspector at Scotland Yard, the former Merchant Navy seaman and German prisoner-of-war is despatched to the Island of Portland in Dorset to solve an unusual and baffling case. The body of a man dressed in a pinstriped suit has been discovered in an isolated cove on the island by war photographer, Eva Paisley. Ryga is keen to prove his worth on his first solo investigation outside of London. Ignoring the warnings of the local police inspector and the Dorset Chief Constable that his trust in Eva Paisley is misjudged, Ryga quickly realises that her observations could provide the breakthrough he needs in a complex murder investigation and the answer to the haunting circumstances that have sent the man in the pinstriped suit to his death. 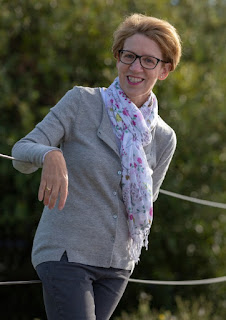 Death in the Cove will also be published in paperback, as an ebook, on Amazon Kindle and Kobo in September and as an audiobook.