My Inspector Andy Horton mystery crime novels, A KILLING COAST (7) DEATH LIES BENEATH (8), UNDERCURRENT (9) and DEATH SURGE (10) have all been re-released on Amazon Kindle and on Kobo. They are also  available in paperback and as unabridged audio books.

There are fourteen in the DI Andy Horton series with DEAD PASSAGE, (14), having been published in paperback and as an ebook in October 2018. 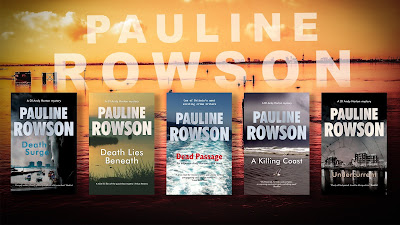 The Inspector Andy Horton crime series is set against the atmospheric backdrop of the sea in the Solent area of England in Portsmouth and the Isle of Wight.  The mystery novels have been hailed in UK, USA and Commonwealth as "exemplary," "multi-layered" and "cleverly plotted" with reviewer, Booklist, claiming that Andy Horton is an "especially good series hero, a likeable fellow with plenty of street smarts and the requisite personal baggage"


All my books are available to buy  on line and through bookshops, on Amazon Kindle and Kobo,, in paperback and some are also available as audio books.

In addition, the can be borrowed from libraries in the UK, Commonwealth and  the USA.