DEATH IN THE COVE, my latest mystery is set in 1950 in England, when memories of the war are strong, austerity and rationing are still in place, and fears of more world conflicts haunt people. Society and policing in the 1950s was vastly different to today, no mobile phones, no dashing about, no computers, so it was fascinating to research & write.

Newly promoted to detective inspector, Ryga, from Scotland Yard, is on his first solo investigation outside of London, to solve the mystery of why a man in a pin-striped suit is found murdered in an isolated cove on the Island of Portland in Dorset.

Here is a taste of the 1950s and two snippets of information I had to check while researching and writing the novel. 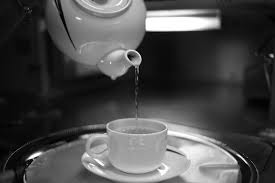 I had a character putting a teabag into the teapot and thought, hold on, were they in use in 1950? They were in America but didn’t come in general use or sale over here in the UK until 1953.

I also had to check on rationing because I couldn’t have someone liberally applying butter to a piece of toast or bread when butter was still on ration!


DEATH IN THE COVE is my twentieth crime novel and the first historical mystery I have written, my other nineteen crime novels are all contemporary with fourteen featuring my rugged and flawed detective, DI Andy Horton; three starring former Royal Marine Commando but damaged Art Marvik, an undercover investigator for the UK’s National Intelligence Marine Squad, and two standalone thrillers.

DEATH IN THE COVE is published in paperback, ebook, Amazon Kindle, Kobo.


It is also available as an audio book published by B7 Media and narrated by Jonathan Rhodes.