What were Sundays like in Inspector Ryga Mysteries in 1950s England

Sunday is a day of leisure and fun today, unless you happen to be working in the retail, hospitality, food and catering industries or the emergency and health services (and if you discount lock down in 2020)!  Generally though you can eat, drink and be merrily entertained and you can shop until you drop (or until the shops close unless you are shopping on line then you can carry on regardless). But in 1950 Sundays in Inspector Ryga's world in DEATH IN THE COVE (1) and DEATH IN THE HARBOUR (2) were very different.


Many shops, cafes and restaurants, including fish and chip shops, were closed. If they were permitted to open then it was only until ten o’clock in the morning, unless a special provision had been made by the local authority. Even if they were able to open for longer hours most shops were closed by mid-day.


Depending on where you lived and your background children were not permitted to play outside on a Sunday and by outside I mean the street rather than a garden. Recreation grounds were closed and best Sunday clothes were donned for Church and Sunday school, which often meant morning and afternoon and sometimes even evening attendance.


The main meal would be between mid-day and two p.m., a tradition that is still loosely in operation today for many. But with bacon and meat on the ration until 1951 in Inspector Ryga’s world in DEATH IN THE COVE set in September 1950 it would have been in limited supply unless obtained on the black market.


Sunday was a day of religion, rest and relaxation for many. Of family time, of gardening, tending the allotment, walking out with the family, wife/husband, lover, or perhaps a drive in the country for those able to afford a car. 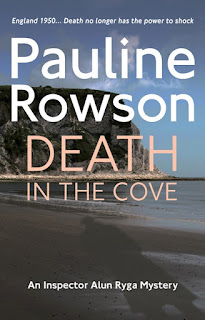 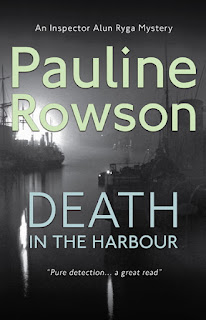 Published in paperback, as an ebook, on Amazon Kindle and as an audio book