The inspiration behind the DI Andy Horton Mystery - DEATH SURGE (10)


The inspiration for DEATH SURGE came like all the other novels in the series featuring the flawed and rugged Portsmouth detective, DI Andy Horton, from the location. It is locations that inspire me and with the Horton series, set against the powerfully evocative British marine landscape of the Solent on the South Coast of England, there is always a good place to put a body. 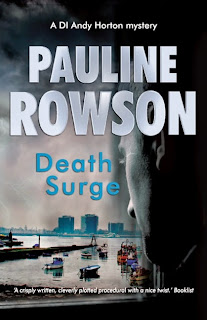 In DEATH SURGE the charred remains of a young man are found in the old ruins of the Hilsea Lines in Portsmouth, an ancient monument, which has become a popular walking spot including woodland, meadows and fresh brackish lakes.

An extract from DEATH SURGE

"As Horton made for the north of the city he mentally ran through what he knew of the bastions that formed Hilsea Lines. There were several of them, originally built to protect the north of the island from attack in 1544. Since then they had been rebuilt, some time in the 1700s, he thought, and again, he seemed to recall, in 1871 with the renewed threat of a French invasion, which had never happened. They had belonged to the army, providing barracks, ammunition stores and a series of tunnels beneath the earth mounds, before becoming derelict and overgrown with grass, shrubs and trees. But some years ago (he forgot when), the Hilsea Lines had been designated a conservation area with a series of nature trails around the moat and the creek which made Portsmouth an island; or rather it would have done, but for the two road bridges over it and the motorway on the western shores. Was it Johnnie, he thought fearfully.”

DEATH SURGE opens with Andy Horton sailing off the Isle of Wight on his yacht during Cowes Week.

He’s trying to find inner peace after a gruelling investigation (Undercurrent) which has left him questioning his desire to remain in the job.  His ongoing conflict with his nit-picking, control-freak, Alpha female boss DCI Lorraine Bliss doesn’t help matters either. He’s also seeking to escape the mental torment that is being caused by the startling revelations from his own private investigations into the disappearance of his mother when he was ten, just over thirty years ago.

A call from Sergeant Barney Cantelli, his colleague in CID, puts paid to all that. Cantelli’s nephew, Johnnie Oslow, was due to join a crew for the yacht racing at Cowes during the international sailing regatta that takes place there every year at the beginning of August. When Johnnie doesn’t show and nobody has heard from him Cantelli, frantic with worry, brings Horton back to Cowes on the Isle of Wight to kick-start investigations. Is the charred body in the Hilsea Lines that of Johnnie?


"A crisply written, cleverly plotted procedural with a nice twist, Rowson’s latest also continues the intriguing saga of Andy’s search for the mother who disappeared in mysterious circumstances when he was a child." Booklist.