How far would you go to protect a secret? DI Andy Horton is tested to the limit in SHROUD OF EVIL 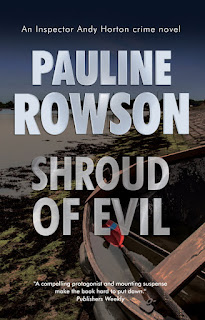 How far would you go to protect a secret?  Would you risk your job for it, your friends your family?  Would you kill for it? The story behind the DI Andy Horton crime novel, SHROUD OF EVILl, number eleven in the series of currently fifteen, explores the corrosiveness of secrets.  It plunges the flawed and rugged detective, Andy Horton, into a complex murder investigation in which he is forced to withhold vital information because of his own secret and his fear of exposure, even though he knows that in doing so he is putting his professional career on the line.

What drives people to keep secrets?  Is it out of shame, from fear, or guilt? Is it for safety and security? For the protection of oneself or of others? Is it to preserve a way of life, or for sanity or vanity?

In SHROUD OF EVIL there are many secrets. Why does private investigator Jasper Kenton keep so much of his private life secret from his business partner, Eunice Swallows? What are the secrets between ophthalmic consultant Brett Veerman and his lonely wife, Thelma, which trap them in a cold and hostile marriage?  Why is someone forced to kill in order to keep those secrets? And why doesn’t Andy Horton tell his boss, the ice maiden, DCI Lorraine Bliss, about his secret – the fact that he’s trying to uncover the truth behind his mother’s disappearance over thirty years ago? Why does he withhold vital information from the head of the major crime team, Detective Superintendent Uckfield?

For Horton, his mother’s disappearance has always been a source of shame. For years he’d been told she’d run off with another man, that she hadn’t loved him enough for her to care for him. Raised in children’s homes and with foster parents Horton’s been consumed by despair, shame, hatred and anger at her desertion and left with a desperate need to belong yet always finding himself on the outside because of his inability to trust.  Then, during an earlier case, (The Suffocating Sea) he discovers that what he’s been told isn’t the truth and that there is more to Jennifer Horton’s disappearance. Uncovering what that is becomes a quest for him in order to try and make sense of the pain of rejection, the isolation and mistrust that dogs his life.  His ongoing investigations have revealed a web of deceit around her disappearance that go back to the 1960s of student protests, the Cold War, and spies. And he believes one man knows the truth, Lord Richard Eames, and that he’ll do anything to prevent that secret from ever being exposed.

Along with secrets come lies, and where there are secrets and lies there will be exploitation. It is this exploitation that ultimately leads to murder in Shroud of Evil.

Withholding a secret can hurt, and so can revealing it.  For Horton revealing his quest to uncover the truth of his mother’s disappearance means exposing his emotions, something he’s learned the hard way never to do because it would make him vulnerable and vulnerability is there to be exploited by others.


Secrets can be kept for years, as they have been by those involved in the murder investigation in Shroud of Evil  but it is one person’s determination to expose a secret and exploit it for his own gain that rips apart the fabric of many lives.  And once a secret is exposed nothing is ever the same again. 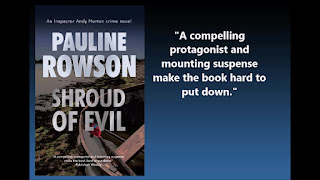 Available on paperback, ebook and on Amazon Kindle. Also available as an audio book on Audible