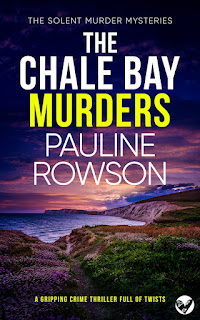 He’s a risk-taking Harley-Davidson-riding detective who doesn’t always play by the rules . . . which often lands him in trouble with his bosses.

(Please note this was previously published as A Killing Coast).

Suspicious lights at sea, decomposing bodies and an old flame send Horton down a rabbit hole in this captivating crime thriller.

An elderly man obsessively watches the coast from his Victorian house high on the hill above Ventnor. When he observes mysterious lights out at sea, he reports them to the police.

The local police think he’s a bit of a nuisance. And when Horton interviews him he’s inclined to agree. A judgement he may bitterly regret.

Meanwhile a call comes through from Horton’s partner, DS Cantelli. A woman’s decomposing body is pulled out of the sea, wearing a Victorian-style dress. The post-mortem gives them a massive shock.


And when another body is found, Horton thinks he’s got a serial killer on his hands. At this point the last thing he needs is his old girlfriend showing up.

Available on Amazon Kindle and as a paperback