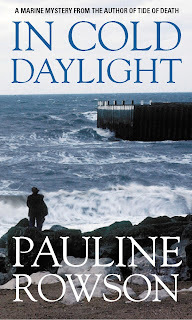 Before fire fighter Jack Bartholomew can reveal the cause of his own and his colleagues’ cancer he is murdered. In a cryptic message orchestrated before his death he has left a trail of clues that will lead his friend, Adam Greene, into a labyrinth of lies, secrets and conspiracy at the highest level.

"Pauline Rowson's novels are packed with twists and turns. This is an enjoyable crime novel. Great Stuff.'

Fire fighter Jack Bartholomew dies whilst trying to put out a fire in a derelict building. Was it an accident or arson? Marine Artist Adam Greene doesn't know, only that he has lost his closest friend. He attends the funeral ready to mourn when another funeral intrudes upon his thoughts, and one he has tried very hard to forget for the last fifteen years. But before he has time to digest this, or discover the identity of the stranger stalking him, Jack's house is ransacked. Unaware of the risks he is running Adam soon finds himself caught up in a mysterious and dangerous web of deceit. By exposing a secret that has lain dormant for years Adam is forced to face his own dark secrets, and as the facts reveal themselves the prospects for his survival look bleak. But Adam knows there is no turning back; he has to get to the truth no matter what the cost, even if it means his life. 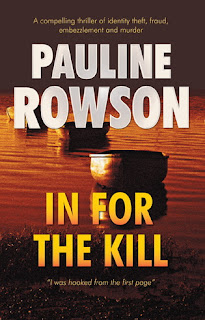 For Alex Albury the nightmare that destroyed his life will only end in death; his or his tormentor’s. With its twists and turns the reader is sucked into a frightening and totally believable world of deception, betrayal and revenge in a highly topical story that has its roots deep in the past.

"A change of direction at every turn. Keep notes on all the players. If you like Jeffery Deaver, you'll love this story. The best mystery I've ever read by a female author." Amazon 5* Review

"Rowson weaves terrific plots around memorable characters. Her writing is as sharp as a punch in the ribs. Attention-grabbing. Compulsive. Next one please!" Hampshire Life Magazine.

Alex Albury has it all: a successful business, a luxurious house, a family. Then one September morning the police burst into his home and arrest him. Now, three and a half years later, newly released from Camp Hill Prison on the Isle of Wight, Alex is intent on finding the man who stole his identity and framed him for fraud and embezzlement. All he knows is his name: James Andover. But who is he? Where is he? Alex embarks on his quest to track down Andover, but with the trail cold he is frustrated at every turn. Worse, he finds himself under suspicion by the police. The pressure is on and Alex has to unearth the answers and quick. But time is running out. For Alex the future looks bleak and soon he is left with the option - to kill or be killed.

"I was hooked from the first page. Rowson's thrillers are a contemporary take on the classic page-turner." Hampshire Life Magazine.