The DI Andy Horton Solent Murder Mysteries ( 15 books) will all be published on Kindle and in paperback in 2022 by Joffe Books. Fifteen in this entertaining series, full of twists and turns. DISCOVER YOUR NEXT FAVOURITE DETECTIVE SERIES!

(Please note this was previously published as Tide of Death.)

DI Andy Horton is on his morning run along an isolated stretch of beach when he stumbles across a dead man. Stark naked and bludgeoned to death.

Eight months ago, DI Horton’s life fell apart when he was suspended for misconduct. His wife kicked him out and stopped him seeing his daughter.

The young woman who’d accused him went missing and the charges were dropped, but his personal and professional life are still in a mess.

And now it doesn’t look good for a detective under suspicion to be the one to find a dead body. His colleagues don’t want him on the case.

But this murder will challenge Detective Horton in every single way. And when another body turns up with the same cause of death, Horton suspects he might be the next person in the killer’s sights.
⭐⭐⭐⭐⭐ "Once you get to know Andy Horton you'll be sure to name him as one of your favourite police characters in crime fiction.” James C. 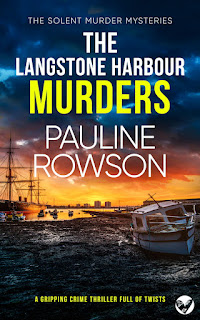 The head mistress of a Portsmouth school is found brutally murdered on an old structure in the middle of Langstone Harbour. Detective Andy Horton of Portsmouth CID leads the investigation.A note is found on the victim with the words ‘Have you forgotten ME?’ scrawled on it.

And a wad of money covered in honey, and wrapped in a five pound note is also discovered on her person.

The victim is Jessica Langley, a steely, determined woman who has made enemies on her path to success. But did any of them hate her enough to want her dead?

All the evidence points to a killer who wanted to leave a very particular message.

Horton is in a race against time to piece together the clues and stop the killer. With the clock ticking and Superintendent Uckfield pressing for results, Horton is forced to make a decision that will put his life on the line.

(Please note this was previously published as The Suffocating Sea.) 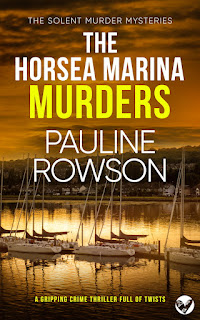 On a foggy December night, Detective Inspector Andy Horton is called to the site of a burning boat on Horsea Marina. He finds a charred body onboard.

The autopsy reveals startling evidence of foul play. The victim was Tom Brundall, a wealthy financier from Guernsey. And Tom had terminal cancer. What made him sail back to his hometown of Portsmouth? And who would kill a dying man?

Horton is determined to find out.

But then another body is found and Horton is forced to confront the past. Not just the victim’s, but the mystery surrounding his own mother’s disappearance over thirty years ago.

As the pieces of the puzzle begin to unravel, it becomes clear that Horton is up against a deadly adversary who will stop at nothing to prevent the truth from coming out.

Can Horton catch a killer and find out what happened to his mother all those years ago?

(Please note this was previously published as The Suffocating Sea.) ⭐⭐⭐⭐⭐"Great protagonist and lots of odd turns and fantastic ending. I hope to read many more books from this author." Terry G.

(Please note this was previously published as Dead Man’s Wharf.)

Detective Inspector Andy Horton has a lot on his plate.

A man found in a pit with several of his fingers severed.

Perry Jackson and his team are filming a new TV series about wrecks in the Solent and staying at the large and luxurious Royal Hotel on Portsmouth’s seafront.

Shortly after they’ve checked in, Jackson receives a series of threatening phone calls telling him to watch his back and you’ve been warned. Horton thinks it’s a publicity stunt to promote the new TV show.

Meanwhile at the Rest Haven Nursing Home, Mrs Kingsway says she’s been assaulted by an intruder, but there’s no sign of a break-in. The staff thinks she’s lost her marbles, but her son wants action from the police.

And now a man in diving gear is found dead in Oldham’s Wharf. Several of his fingers are missing.

The pressure is on. Detective Horton’s deep in a web of intrigue, deception and corruption that stretches back into the past. Can he find his way back and stop a killer?

The Isle of Wight Murders (5) (Please note this was previously published as Blood on the Sand.)

A woman with a gun in her hand.

A corpse on an abandoned golf course.

Detective Inspector Andy Horton is taking a break on the Isle of Wight. But even when he’s on holiday trouble follows him . . .

On an abandoned golf course, Horton finds a distraught, young woman with a gun in her hand, crouching over one of the derelict bunkers.

Then the smell hits him. A dead man lies there. Dressed in walking gear, his body decomposing.

The woman with the gun says she’s his sister.

The local police think she killed her brother, but Horton’s not so sure.

Then Horton’s boat is broken into and another body is found in a barn. The victim stabbed in the back with a pitchfork.

Horton must race against time to uncover the truth before the killer strikes again. The Solent area of Portsmouth might be pretty, but the criminals certainly aren’t.

(Please note this was previously published as Footsteps on the Shore).

It’s Friday the thirteenth and Detective Inspector Andy Horton’s luck is about to run out.

⭐⭐⭐⭐⭐'I love this series and I hope there's more to come. The characters are all admirably complex, beautifully written.' C. Hall
READ MORE He’s a risk-taking Harley-Davidson-riding detective who doesn’t always play by the rules  which often lands him in trouble with his bosses.
Suspicious lights at sea, decomposing bodies and an old flame send Horton down a rabbit hole in this captivating crime thriller. Detective Inspector Andy Horton is at the funeral of ex-con Daryl Woodley watching out for a big-time crook, who they suspect was involved in Woodley’s murder.

But it’s a perplexing case. Prior to his death, Woodley was assaulted and spent three days in hospital before discharging himself. His body was found on Farlington marshes, three miles from the hospital. How did he get there?

The funeral surveillance appears to be a bust. But the next morning Horton is called out when a woman’s body is found on a yacht wreck, stabbed in the back. She was at Woodley’s funeral.

Are the cases linked?

⭐⭐⭐⭐⭐ "A brilliant book with more twists and turns than a corkscrew. A wide range of believable characters and an ending which means book 9 will have to be written." Kindle Customer
READ MORE

Available on Amazon Kindle and in paperback


⭐⭐⭐⭐⭐ "Couldn't put this book down . . . I thought the story was brilliant and will definitely be reading the next book.” Nikki
⭐⭐⭐⭐⭐ "Pauline Rowson’s books are cleverly plotted with lots of twists and turns. Can’t turn the pages fast enough. For anyone who enjoys a gripping crime novel these are a must.” Darren C.

"A great read for mystery lovers with plenty to keep you guessing until the last moment.” Crime Book Club

"The Harley Davidson-riding, boat-dwelling Horton is a fascinating man to get to know, and his thoughtful approach to detection is a pleasure to read.” Publishers Weekly

THE DETECTIVES
DI Andy Horton’s mum walked out on him when he was a child and he grew up in children’s home. Now he lives onboard his yacht in Southsea Marina. He rides a Harley-Davidson and never wears a suit or tie — unless it’s to go to court. He’s an instinctive copper and a man of contrasts, which often lands him in trouble with his bosses. He has a desperate need to belong, and yet is always just on the outside. Self-contained, afraid to show his feelings, but he’s a risk-taker that seeks justice.

DS Barney Cantelli is happily married to Charlotte with five children. Cantelli followed in his maternal grandfather’s footsteps and became a policeman. His brothers and sister took over their father’s ice cream business and cafés in Portsmouth. Cantelli and Horton work well together and Cantelli is, or tries to be, Horton’s steadying influence. Only Cantelli and SP Steve Uckfield know about Horton’s past. But not everything; no one knows that.

THE SETTING
Portsmouth boasts a vibrant waterfront, a diverse multicultural population, an international port, a historic dockyard, and is home of the Royal Navy. Portsmouth Harbour is one of the busiest in the world — and one of the best places to hide a body, it seems. Set against the backdrop of the sea, the Solent area of Portsmouth and the Isle of Wight is every detective’s worst nightmare. The sea is ever-changing and often the best clues get swept away by the tide.

COMING SOON BOOKS 5 -15 in the series


Popular posts from this blog