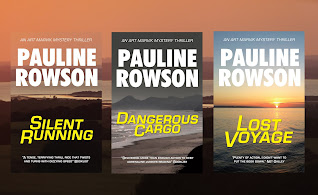 After leaving the Marines, Art Marvik, a former Special Boat Services Officer with the Commandos goes undercover to work for the Police National Intelligence Marine Squad. His three missions with the squad take him into dangerous and deadly waters as he seeks to find lethal killers whose crimes are steeped in the past.

Marvik is tough, highly trained, fearless, intelligent and fit. In his missions for Detective Superintendent Crowder, head of the squad, Marvik is aided by intelligence security consultant and former fellow Marine, Shaun Strathen. Both men have incurred injuries in conflict but that doesn't stop them from following trails which involve personal danger. 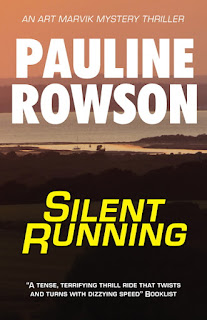 A tense, terrifying thrill ride that twists and turns with dizzying speed, combined with a likable, smart, tough, but all too human hero, make this a cracking-good new series—action fans need Marvik on their radar." Booklist (USA)

Adrift after leaving the marines and smarting from his first failed civilian mission Marvik seeks refuge in a remote cottage on the Isle of Wight. When a former girlfriend shows up with a disturbing story about the murder of a young woman fifteen years ago and her growing belief that the man convicted of it is innocent, Marvik doesn't think much of it.  Then Charlotte goes missing after leaving his home and everything changes. Suspected by the police of not only her abduction and possible murder, but also the disappearance of a computer research scientist, it's clear Marvik is being framed - but by whom and why. In a race against time, Marvik is sucked into a dangerous assignment and a web of deceit that will need all his skills, and those of his friend, former Royal Marine Special Forces Communicator, Shaun Strathen, to get to the truth. Their mission, to stop a ruthless killer before he kills again. 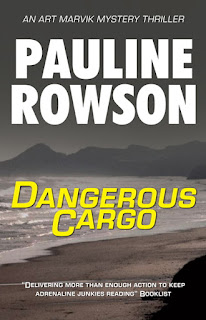 Marvik, has a new and deadly mission to accomplish for the National Intelligence Marine Squad (NIMS) to catch a ruthless killer whose murders span over half a century.

"Marvik's second outing is even more muscular than his debut, as Rowson edges her detective puzzles ever closer to thriller territory." Kirkus

"Dangerous Cargo is the sort of book where you can’t look away for a second, or you’ll be sunk, so to speak. Pauline Rowson is the queen of misdirection in this outing for former marine Art Marvik." Crime Review

For his second mission with the National Intelligence Marine Squad, (NIMS) Marvik is detailed to attend the funeral of a man who’d officially been declared dead fifty-five years earlier. So who is the imposter and why did he assume the name of a dead man? What’s more, why did he suddenly show up in a Dorset coastal town in 1989, hook up with a local fishing family, and after fathering a child, disappear in 1990? When an innocent woman is killed during the course of the investigation, Marvik realizes that the stakes are much higher than he’d previously thought. As he begins to uncover a trail of deceit, corruption and murder that spans over half a century, Marvik must confront a ruthless killer who will stop at nothing to make sure that the sins of the past stay in the past. 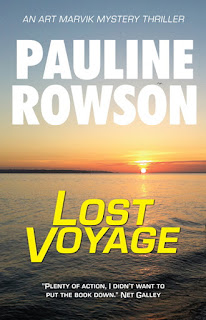 
Marvik is surprised to receive an unexpected summons to meet Helen Shannon, a woman he helped on his first mission. When a body is discovered in her flat, Marvik is convinced that Helen is being framed for murder, but why and by whom? Before he has a chance to follow it up, the head of the National Marine Intelligence Squad, (NIMS) Detective Chief Superintendent Crowder, asks Marvik to investigate the disappearance of a salvage vessel, the Mary Jo, which went missing in 2003.  As Marvik delves into the past, it becomes clear that he faces a desperate battle to keep Helen and others safe from a ruthless assassin – one who will stop at nothing in order to protect the secret of the Mary Jo’s last voyage from ever being exposed. Marvik is on the hunt for a stolen computer disk that holds the key to a secret a ruthless killer is determined must never be revealed.

From the author of the DI Andy Horton series and the Inspector Ryga mysteries.

"A likeable, smart, tough, but all too human hero. A tense, terrifying thrill ride that twists and turns with dizzying speed.A cracking-good series - action fans need Marvik on their radar." Booklist


When Marvik visits his safe deposit box in his London bank and discovers that a three-and-a-half inch floppy disk he had placed there a few weeks previously has been stolen he is surprised and deeply troubled. What’s more it has been taken only the day before his arrival by a man Marvik has never heard of.  Puzzled and disturbed, Marvik is left cursing his reluctance to ask his former Royal Marine colleague, intelligence and cyber expert, Shaun Strathen, to open the disk and reveal its contents when he first discovered it in the possession of murdered marine archaeologist, Sarah Redburn. Now its theft indicates that Sarah was killed because of its highly toxic contents. Convinced it holds the key to the truth behind the deaths of his parents, Marvik, with Strathen’s aid, sets out to track down the thief.  As they follow a trail of abduction and murder it soon becomes clear that the computer disk holds the key to a secret that a ruthless killer is determined must never be revealed.

DEAD SEA will be available for pre-order soon.

The Art Marvik thrillers are available from all online bookstores, in bookshops and for loan in UK, USA and Commonwealth libraries.